Being Faithful Muslims and Loyal Americans 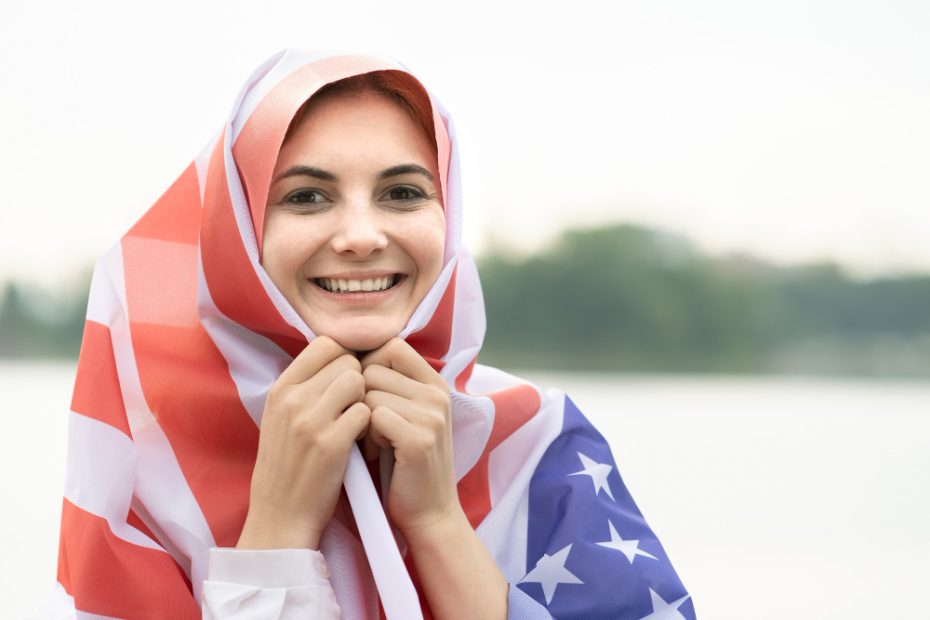 Resolution of the Fiqh Council of North America
Adopted in its General Body Meeting held in Virginia on September 24-25, 2011
On Being Faithful Muslims and Loyal Americans

Like other faith communities in the US and elsewhere, we see no inherent conflict between the normative values of Islam and the US Constitution and Bill of Rights.
Contrary to erroneous perceptions and Islamophobic propaganda of political extremists from various backgrounds, the true and authentic teachings of Islam promote the sanctity of human life, dignity of all humans, and respect of human, civil and political rights. Islamic teachings uphold religious freedom and adherence to the same universal moral values which are accepted by the majority of people of all backgrounds and upon which the US Constitution was established and according to which the Bill of Rights was enunciated.
The Qur’an speaks explicitly about the imperative of just and peaceful co-existence, and the rights of legitimate self-defense against aggression and oppression that pose threats to freedom and security, provided that, a strict code of behavior is adhered to, including the protection of innocent non-combatants.
The foregoing values and teachings can be amply documented from the two primary sources of Islamic jurisprudence – the Qur’an and authentic Hadith. These values are rooted, not in political correctness or pretense, but on the universally accepted supreme objectives of Islamic Shari’ah, which is to protect religious liberty, life, reason, family and property of all. The Shari’ah, contrary to misrepresentations, is a comprehensive and broad guidance for all aspects of a Muslim’s life – spiritual, moral, social and legal. Secular legal systems in Western democracies generally share the same supreme objectives, and are generally compatible with Islamic Shari’ah.
Likewise, the core modern democratic systems are compatible with the Islamic principles of Shura – mutual consultation and co-determination of all social affairs at all levels and in all spheres, family, community, society, state and globally.
As a body of Islamic scholars, we the members of FCNA believe that it is false and misleading to suggest that there is a contradiction between being faithful Muslims committed to God (Allah) and being loyal American citizens. Islamic teachings require respect of the laws of the land where Muslims live as minorities, including the Constitution and the Bill of Rights, so long as there is no conflict with Muslims’ obligation for obedience to God. We do not see any such conflict with the US Constitution and Bill of Rights. The primacy of obedience to God is a commonly held position of many practicing Jews and Christians as well.
We believe further that as citizens of a free and democratic society, we have the same obligations and rights of all US citizens. We believe that right of dissent can only be exercised in a peaceful and lawful manner to advance the short and long term interests of our country.
The Fiqh Council of North America calls on all Muslim Americans and American citizens at large to engage in objective, peaceful and respectful dialogue at all levels and spheres of common social concerns. We call upon all Muslim Americans to be involved in solving pressing social problems, such as the challenge of poverty, discrimination, violence, health care and environmental protection. It is fully compatible with Islam for Muslims to integrate positively in the society of which they are equal citizens, without losing their identity as Muslims (just as Jews and Christians do not lose their religious identity in doing the same).
We believe that emphasis on dialogue and positive collaborative action is a far better approach than following the paths of those who thrive on hate mongering and fear propaganda. Anti-Islam, anti-Semitism and other similar forms of religious and/or political-based discrimination are all forms of racism unfit for civilized people and are betrayal of the true American as well as Islamic values.
May the pursuit of peace, justice, love, compassion, human equality and fellowship prevail in the pluralistic mosaic that is the hallmark of our nation.