Home » Why is Eid al-Adha a day after Arafah?

Why is Eid al-Adha a day after Arafah? 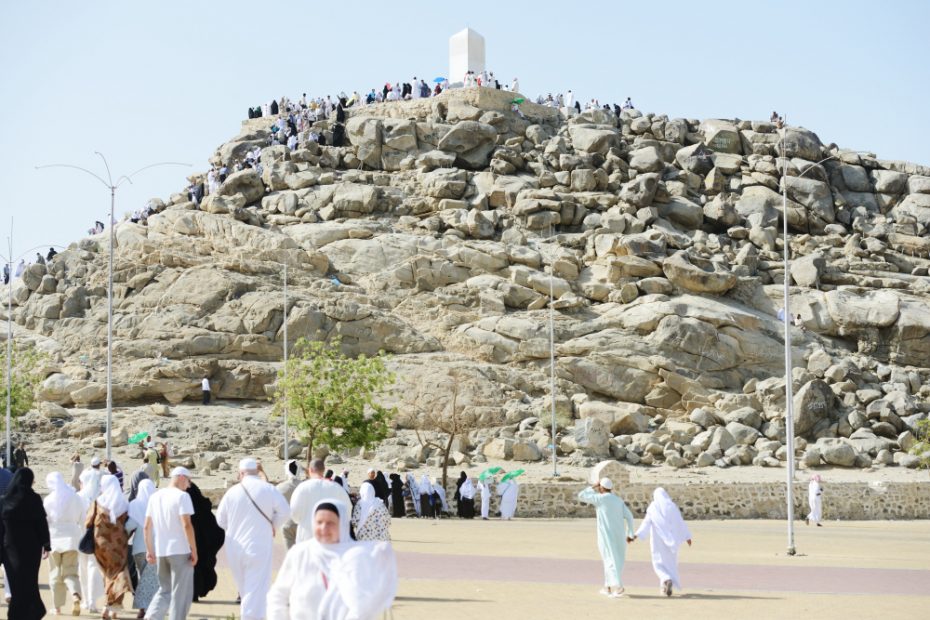 Muslims in America as well as other parts of the world hold two different opinions about observance of Eid al-Adha. Some celebrate it on the 10th of Dhul Hijjah according to their local lunar date and others follow Hajj announcement by the authorities in Makkah and celebrate the Eid after the day of ‘Arafah.
The Fiqh Council has struggled with and researched this issue for some time. After careful study and consideration, the Council has reached the conclusion that Eid al-Adha will be following the Day of Hajj as announced in Makkah. This is also the conclusion of the European Council of Fatwa and Research. Following is a summary of my detailed paper on this subject.

The institution of Hajj is very old, coming from the time of Prophet Ibrahim (PBUH). The Hajj ceremonies were well known to the Arabs long before Prophet Muhammad (PBUH). The Prophet (PBUH) himself performed Hajj before receiving Nubuwwah (Prophethood). The Prophet (PBUH) also used to observe fasting during the month of Ramadan even before receiving the Qur’anic revelation. It was during the month of Ramadan that he received the first Qura’nic revelation while at Hira. He initiated the two Eids after his migration to Madinah to denote start and end of the Hajj season.

The months of Hajj begin with the first day of Shawwal and Hajj ends with the Wuquf of Arafah. That is the reason that the Prophet (PBUH) introduced two days of festivities to celebrate beginning and end of the Hajj season, as Imam Ibn Taymiyyah has clearly stated. Even the month of Dhul Hijjah is named after Hajj. The Qur’an and Sunnah both glorify the first ten days of Dhul Hijjah. They are the most sacred days of the year, even more sanctified than the month of Ramadan, because they are connected with the most virtuous of all Islamic Ibadaat, Hajj. Therefore, the two Eids are not independent institutions; they are closely connected with some obligatory pillars of Islam, such as fasting and pilgrimage to Makkah. The Prophet (PBUH) was guided by Allah SWT to choose these two specific days as Eids because of their deep connection with two of the most significant acts of Islamic worship i.e., fasting and Hajj.

The sequence of Qur’anic verses in Surah al-Baqarah (2:183-203) may be cited as a supportive evidence for this position. The Qur’an first mentions the obligation of fasting and then gives the rulings about Hajj. The commandment of sacrifice (Udhiyah or Qurbani) is also primarily addressed to the Hujjaj and through them to the Muslims at large. (Surah Hajj: 28; 36) Even the Takbeerat of Tashreeq are originally mandated for Hujjaj (Surah al-Baqarah 203). The ordinary Muslims follow Hujjaj in these commandments. Many Classical jurists have particularly noted this connection between the rituals of Eid al-Adha and the rites of Hajj. Imam Ibn Taymiyyah, for instance, makes a significant observation. He says that the animal slaughter at Mina is the original rule and all other localities are to follow Makkah in that. That is why Eid al-Adha is the greater of the two Eids because it follows the most sacred day of the Muslim calendar (Day of Arafah) and the most sacred act of Ibadah (Hajj) culminating in the universal Muslim gathering.. It is called the Day of al-Nahr (Sacrifice) and the Day of Great Hajj (Yawm al-Hajj al-Akbar) because this Eid is connected with the sacred timings of Hajj and with the sacred place (Arafah). The famous Hanbali Jurist Hafiz Ibn Rajab explains that Eid al-Adha prayer should be performed within the timeframe of the movement of Hujjaj from Muzdalifah to Mina. Imam Ahmad bin Hanbal maintained that Eid al-Adha prayer should be offered within the time period when the Hujjaj moved from Muzdalifah to Mina and threw pebbles. Imam Ahmad clearly stated that the ordinary Muslim’s Eid prayer had to follow the Hujjaj movement and actions.

Imam al-Bhaghawi states that Ibn Abbas, Imam Malik and Imam Shafa’i are of the opinion that Muslims all over the globe are to follow the timings of Hujjaj vis-à-vis Takbeerat of Tashreeq. Imam al-Khazin attributes this opinion also to Ibn Umar. Imam al-Sarkhasi reports that Imams Shafa’i and Abu Yusuf were of the same opinion. This indicates that many established authorities within all the four known schools of Islamic Fiqh agree that Muslims all over the globe are to follow the Hujjaj in the Takbeerat al-Tashreeq timings as the original Qur’anic ruling of Takbeerat al-Tashreeq is primarily addressed to the Hujjaj and through them to the Muslim Ummah (Surah al-Baqarah 203; Surah al-Hajj 28).
Though there are other dissenting opinions, the above sources are presented to make the point that many jurists held the opinion that Eid al-Adha rituals such as the Eid prayer, act of sacrificing animals and even Takbeerat al-Tashreeq are in subordination to the acts of Hujjaj. Therefore, it is not correct to say that Eid al-Adha is an absolutely independent Islamic institution, totally detached from Hajj. Juristic and historical evidence indicate to the contrary and shows that Eid al-Adha was always attached to the institution of Hajj. It is precisely celebrated to imitate and remind oneself some of the acts of Hajj. Eid al-Adha is as much connected with the sacred places as with the sacred timings.

During the first ten days of Dhul Hijjah, the rituals of Hajj and the acts of Hujjaj in and around the city of Makkah become paramount for Muslims all over the globe. Many Muslim jurists have said that the Day of Arafah and the Day of Eid al-Adha are to be determined by the actual stay of Hujjaj in Arafah and their slaughtering the animals. Some jurists hold that this rule is specific to the Hujjaj; but others have argued that this rule is generic and applies to all Muslims. Some jurists even say that this rule applies even if the Hujjaj made a mistake and stood at Arafah on a wrong day, say a day ahead or later than the real 9th of Dhul Hijjah. This is the position of all the known Muslim jurists. Imam Ibn Taymiyyah narrates that there is no difference of opinion among the jurists that the month of Eid al-Adha should be observed in unity. No jurist has ever allowed that those who sighted the Moon should go by their sighting and do the Wuquf in Arafah or slaughter the animals according to their actual sighting. They must go with the Imam and with the majority of Muslims. Ibn Rajab al-Hanbali goes further than that. He, like many other Hanbali, Maliki and Shafa’i jurists, concludes that the Day of Arafah is not the exact day of the 9th of Dhul Hijjah but what was celebrated by Muslims as the Day of Arafah by staying at the place of Arafah. There is not a single Hadith or Qur’anic texts which states that the Day of Arafah is on the 9th of Dhul Hijjah as the early Muslims knew it to be the Day of Wuquf at Arafah. Likewise the Day of Eid al-Adha is not the exact day of the 10th of Dhul Hijjah but the day after Hajj to the best of their knowledge even if it was proven to be on a wrong day. They derive this rule from the authentic Hadith of the Prophet (PBUH) that, “Eid al-Fitr is when you celebrate breaking your fast and Eid al-Adha is when you slaughter your animals…”

Therefore, Eid al-Adha is not disconnected from Wuquf of Arafah and Hajj as some of the contemporary scholars contend. Hajj and Eid al-Adha are mutually connected. The two Eids were not prescribed by the Prophet (PBUH) out of the blue. They were intertwined with completion of the month of Ramadan and Hajj. The Prophet (PBUH) linked start of the new month with actual moon sighting as it was the only authentic source available at that time to confirm the month. He did not depend upon news of sighting from Makkah for the first 8 years of Hijrah as the Ka’abah was occupied by the Polytheists and they were not very careful about the Hajj dates. In reality they arbitrarily changed Hajj dates to suit their political and economic interests. Following their lead would have meant nothing to the Prophet (PBUH). Likewise, the Shari’ah did not require Muslims to explore the exact date of Hajj and Arafah to avoid causing hardship to the Ummah. However, it is clear that wherever Muslims could figure out the real Day of Wuquf, they had preferred to fast on that day and celebrated their Eid and sacrificed their animals on the following day. The reason is that the increased reward for fasting the Day of Arafah has more to do with the global gathering of Muslims and performance of Hajj rather than the day of Eid or Eid prayer itself. The Muslims in reality follow the Hajj gathering at Arafah by their local Eid gatherings.

It is pertinent to note here that though there is no clear cut Qur’anic or Hadith text which requires all Muslims to celebrate Eid al-Adha after the day of Hajj, there are plenty of indirect references in the Qur’an and the Sunnah that connect this day of festivity with the acts of Hajj and Wuquf of Arafah. Furthermore, there is no text whatsoever, neither in the Qur’an, Sunnah nor in any authentic classical book of Fiqh, that remotely indicates that the Prophet (PBUH), or his Companions or any classical Muslim scholar has ever required to go, knowingly, against the established day of Wuquf of Arafah as announced by the Hajj authorities. Hajj is an expression of Muslim unity in addition to being a source of many spiritual reminders. It has political as well social dimensions. These aspects can be fulfilled only if the Muslim Ummah is united in observing Hajj especially once it has become possible to know through rapid means of communication when the Hajj is going to be performed. In our present circumstance there is no justification, under any fiqhi rule, to go against the Day of Hajj. Currently, going with Hajj is more beneficial (Maslahah) than celebrating Eid al-Adha independent of Hajj.